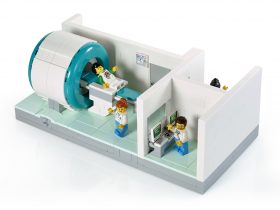 LEGO has revealed the latest CMF range, and this one is from the Marvel Studios Disney+ Original series. The TV series featured in this collection are WandaVision, The Falcon and the Winter Soldier, Loki and the animated series, What If…? [Coming August 11th].

The Characters and their Marvel Series are:
WandaVision – The Scarlet Witch, The Vision, Monica Rambeau
The Falcon and the Winter Soldier – Winter Soldier, Captain America
Loki – Loki, Sylvie, and their accessories Throg and Loki-gator
What If…? – T’Challa Star-Lord, Captain Carter, Gamora with the Blade of Thanos, Zombie Hunter Spidey and Zombie Captain America.

There are new characters, twists on old characters and new prints for old characters, making this batch of CMF’s a great purchase. It does, of course, help that I enjoy my Marvel Cinematic Universe [MCU], including the Disney+ shows.

It’s a shame there are only 12 minifigures in this series, but that is the new number LEGO produces now. If there had been 16 in the series, we could also have had Agnes Harkness [WandaVision], Count Zimo and John Walker [The Falcon and the Winter Soldier] and Classic Loki [Loki], to name a few missing characters.

It’s great to see so much detail in these minifigures, some new hairpieces and two new accessories, Throg and Loki-gator. Throg is Thor, who has been turned into a frog by Loki, and Loki-gator is a variant of Loki. Both are from another timeline.

The What…if? Series is an upcoming animated series on Disney +, based on a Marvel Comic of the same name. It explores what could have happened if major moments from the MCU occurred differently. There are 10 stories in the first series, including, What if..? Peggy Carter had received the Super Soldier Serum, or What If…? T’Challa, Black Panther in the MCU, had become Star-Lord.

How excited about this series of CMF are you? Tell us in the comments.